Striving for Accuracy - from spirit levels to summit analysis programmes 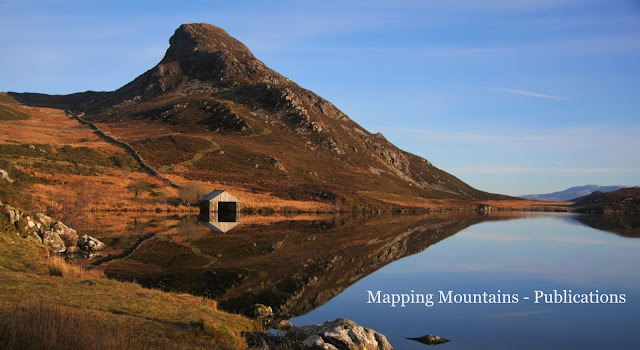 The hill lists available on this site will increase over time; those that have been co-authored with Aled Williams will be prioritised.

These listings focus on criteria based on prominence, minimum height and remoteness.  All are used to define the separation of one hill or mountain from another, with prominence (also known as drop) being the height gain between a summit and the lowest point on the watershed connecting it to a higher summit.  The use of minimum height with that of prominence neatly encompasses hills that are topographically similar, and defining a hill by remoteness is a novel form of criterion, but one that poses a new challenge for the peak bagger.

This site has benefited from the encouragement and contributions of a number of people, but special thanks should be expressed to Ruth Magness, Mark Trengove and Aled Williams.

Accessing prominence based hill lists in booklet format at little or no cost was pioneered by Alan Dawson and Dave Hewitt with their TACit Tables publications, and further developed by Mark Trengove via the Europeaklist website.   It is hoped that the Mapping Mountains Publications site can also now benefit those interested in the detail in and around hill listings.

The lists and e-books available on this site can be downloaded in two formats:

Ups and Downs - The Story of Handbook of the Scottish Hills

Email ThisBlogThis!Share to TwitterShare to FacebookShare to Pinterest
Labels: Y Pellennig - The Remotest Hills of Wales